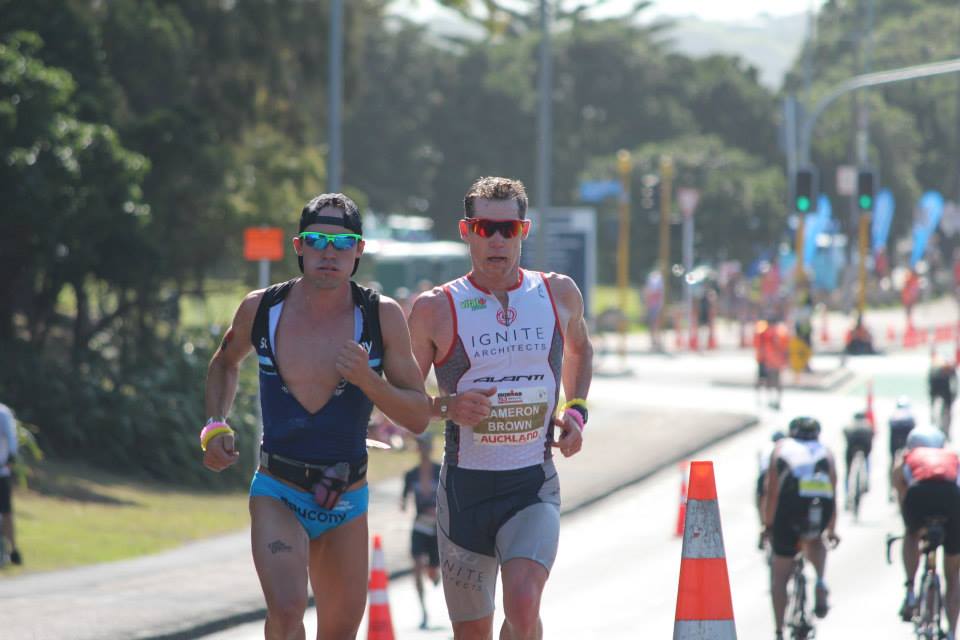 I soaked up and relished my much needed end of year break. By the end however,  I was itching to get back into some hard work. The extra kilos and the drop in fitness doesn’t bother me. I’ve enough experience now to know that that the form comes back fast and often better then if I hadn’t rested. Rather, it’s the lack of purpose that’s taken out of each day that starts to wear me down. There’s something satisfying about fitting 3-6 hours of training, ticking off micro objectives around life’s other daily commitments.

The plan from my coach at Purplepatch Fitness, was to rebuild but keep a lid on how fit I would get so early in the season. Despite the plan I was surprised at the rapid fitness gains post break. With exception to my swimming, a stubborn beast that takes months to get up to scratch, my bike and run were showing numbers not far off my peak period from 2013 on minimal training hours. I wasn’t complaining.

I got to Auckland for the Ironman 70.3 Asia Pacific Championships aware that if I got a little lucky in the swim and outperformed my current aquatic ability, then a podium position was very possible. Should I not get out with the front group, I was still very motivated to simply go hard and lay down a solid race.

The New Zealand federation made a positive change to extend the drafting gap from 7m (effectively 5m as it’s measured from wheel to front wheel) to 10m (effectively 8m). 8m still dictates that unless your Seb Kienle, it’s necessary to try and pace ‘legally’ with a group to stay in the mix. Hence the fact that in two years of this race no one has finished in the top 10 who didn’t ride legally in a group formation. Getting out with a group in the swim is crucial.

Race morning and Auckland sandwiched an absolute ripper day in between some not so great days. So with clear skies and no wind, many of the best triathletes in the world started zig zagging around the harbour swim course.

I had a great start and was comfortably within the front pack after a few hundred metres. A quality field often means a less rough swim with the guys a lot more aware of not making progress inhibiting contact. I probably wasn’t as aggressive as I could have been at the buoy turns, steadily losing 2-3 spots at each one. I gradually drifted more to the back third of the group but halfway through the 1.9kms only a couple of guys had blasted off the front, most of the group was together and I was confident that it couldn’t split too much from here. Incorrect assumption. The guy in front of me dropped the feet in front and 1metre became 20 in about 2 minutes. I knew I didn’t have the raw grunt to swim around and catch up to a group of that calibre and while a couple of other guys tried, most of the group accepted it was going to be catch up on the bike.

Heading into T2 I was delighted to see that the main group in front was only just heading out, thinking that we should pull those guys back no problem. It turned out to be quite a problem. That lead group contained guys like James Hodge who ride as hard as they can, for no tactical reason except he just likes to hurt and seasoned smart racers like Terenzo Bozzone who knew that there were guys that could threaten him on the run in our chase group and so make sure the speed is kept high to force us to have to really dig deep to bridge up.

With Craig Alexander, Michael Poole and myself doing the vast majority of the heavy lifting on the bike we were closing on the group at times but then the gap would extend again. It’s a tricky game; you don’t want to completely go for it on the bike knowing that you’ve got 2-3 guys of similar running ability in your group legally saving precious wattage as you are grinding the ‘zip’ out of your legs.  The outcome likely being to get outrun by many of the guys who played it smarter. If we had just one more guy willing to put their hand up I believe we would have got back into the main podium game.

Despite the suffering you couldn’t help appreciate what an amazing bike course this was. To ride over the harbour bridge and through hilly Auckland suburbia was refreshingly interesting. It’s rare to get support on the bike in a triathlon but Auckland, similar to the NZ Ironman seemed to throw up little groups of people hollering and clapping much of the 90kms.

We jumped off our bikes about 2 minutes down on the lead crew. I had Cam Brown and Craig Alexander by my sides and figured that immediately was as good a time as any to get away from these never-slowing veterans. So I took it out hard averaging just under 3.15/k pace. I soon had a gap and started reeling in guys from the front group. By 10kms I had ticked off many and was back within the prize money with a top 5 in sights. I then took a brief wrong turn. Not enough for any significant time but it threw me mentally. I screamed in frustration at my stupidity as the course was clearly marked, turned back and panicked at the sight of Cam Brown and John Polson rapidly closing in on me. I tried to turn the disappointment into gnome rage. I had fought so hard on the bike and in the run to get back into the top 5 and now it appeared that these guys were going to relegate me to 7th.

I always respond well to a crowd and the Auckland crowd was as good any I’ve experienced. When Cam Brown pulled up alongside me it quickly became much more intense then anything I had experienced. Of course it was all for Cam but it fired me up regardless and I sat in Cam’s draft admiring his smooth metronomical rhythm and out of sight so he couldn’t see my suffering. I figured I just had to suffer a little longer and then basic physiology should dictate that I with a few hundred metres to go, being 14 years younger, I should be able to out-kick the 10 x IM NZ champion.

Thankfully Johnny Polson dropped off as Cam and I played a few games. I didn’t want to dwell on it too much at the time but I was really proud of Johnny. He’s battled for the biggest underperformer title in triathlon for a few years despite amazing athletic potential. We started working together October last year and I’m hugely excited by his improvement and what he will achieve this year. My only concern is that I think he will start beating me regularly.

We hit 400m to go. I surged, Cam didn’t come with me and I was able to hold a small gap securing 5th place. It ended up every close with only a minute between 2nd and 5th. The Olympic gold medallist Jan Frodeno had put on an impressive performance to take the win.

Stress levels had been a little high going into the race as I hadn’t yet race tested my new Felt DA or Saucony shoes. The anxiety proved unnecessary. Within seconds of cycling and running I knew I was onto a very good thing. I feel like a fool that I didn’t make the switch to Shimano Di2 shifting years earlier. I averaged a lower wattage for speed then I had done in two seasons of racing and ran the 2nd quickest run in a world-class field. I truly believe partly due to the natural yet cushioned feel of Saucony Kinvara shoes.

The Ironman Asia Pacific Team once again nailed it with every competitor I’ve spoken to claiming it’s one of the best middle distance events they’ve competed in.